American actress-singer Jamie Lynn Spears openly talked for the first time about the ongoing family feud with her superstar sister Britney Spears after the end of her controversial conservatorship. 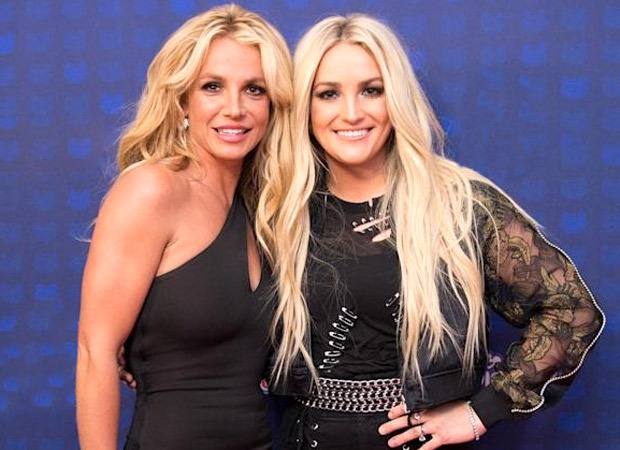 In a recent TV interview with Good Morning America, the singer discussed about her life and her family, including her relationship with her famous pop star sister, Britney Spears.

During the chat, the singer tearfully noted how she always supported and “adored” her sister and went on to reveal what caused the tensions in the first place. Jamie Lynn said she wanted no part in being incharge of her sister’s estate as part of the conservatorship, explaining, “There was no like me overseeing funds or something like that.”

She then said how she supported Britney in other ways. “I’ve always been my sister’s biggest supporter. So when she needed help, I set up ways to do so, went out of my way to make sure that she had the contacts she needed to possibly go ahead and end this conservatorship and just end this all for our family. If it’s going to cause this much discord, why continue it?” she said.

“Everyone has a voice, and it should be heard,” she continued, adding that she even spoke to her sister’s previous legal team and it “did not end well” for her. Jamie Lynn said she took the steps to help, but it was up to Britney to “walk through the door.”

Reacting to Britney’s social media post, where she mentioned she was “hurt … deeply” by Jamie Lynn performing on remixed versions of her sister’s hit songs as a tribute performance at the 2017 Radio Disney Awards, she said, “Honestly, it was somewhat confusing to me about that, and I actually have spoken to her about that. I was doing a tribute to honor my sister and all the amazing things that she’s done.”

“I have cleared up with the fact that I don’t think she’s personally upset with me about that. Truthfully, I don’t know why that bothers her.” she added.

After Britney’s repeated criticism of her sister on social media, fans have still speculated on a rift between the sisters after Britney unfollowed her younger sister on Instagram. But Jamie Lynn stressed on the fact that her “love is still there, one-hundred percent” for her sister, despite their complicated relationship. “That love is still there. 100 percent. I love my sister. I’ve only ever loved and supported her and done what’s right by her, and she knows that, so I don’t know why we’re in this position right now,” she said.

In other news, since the conservatorship’s termination, Britney Spears has regularly expressed gratitude on social media for things like being able to spend more time with her boyfriend, Sam Asghari, and do things in public, like going shopping and withdrawing personal cash from her own bank account.

Kumkum Bhagya Fans Upset As Shabir Ahluwalia & Sriti Jha’s Exit Rumours Surface; Call Out Ekta Kapoor & The Channel(Photo Credit: Instagram/Still From Kumkum Bhagya) The television show Kumkum Bhagya has enjoyed huge popularity and viewership in the last few years. In the beginning, the show narrated the story of Abhishek and Pragya played by […]

Brad Pitt & Lykke Li Not In A Relationship? Here’s What’s Happening ( Photo Credit – Wikipedia ) Brad Pitt is one of the most celebrated actors of Hollywood who is not just famous for his good looks but also for his exceptional script selection. He has worked in numerous critically acclaimed films like Fight […]

Disha Patani Trolled Over Latest Bikini Look ( Photo Credit – Instagram ) Disha Patani will take some time to entertain the audience on the big screens. The actress will be next seen in K-Tina, which is rumoured to be a biopic on Ekta Kapoor. While that is still under the works, the beauty ensures […]

Ram Charan Graces ‘Good Luck Sakhi’ Event (Pic Credit: IANS) Actor Ram Charan, who attended the pre-release event, spoke highly of Good Luck Sakhi. He stated that the sports drama is not a small film, but a big-ticket movie, which has all the talented craftsmen, who are National Award Winners. Ram graced the event as […]