Netflix’s big budget movie Red Notice starring superstars Dwayne Johnson, Gal Gadot and Ryan Reynolds is in the early stages of putting together a back-to-back shoot of two Red Notice sequels, with the hope to begin production in early 2023, dependent on deals and the schedules of its busy stars. 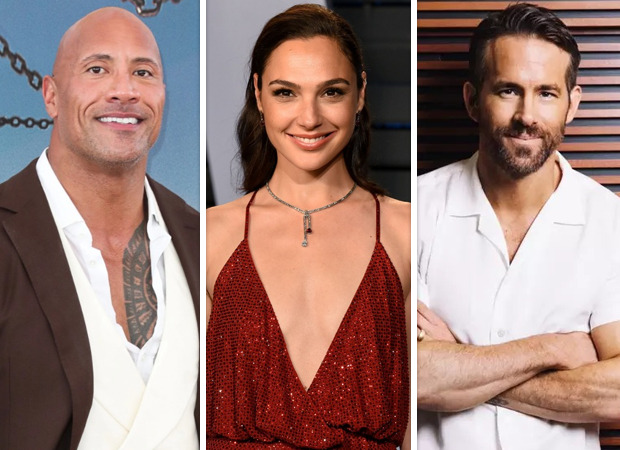 As per reports of Deadline, writer-director Thurber has begun writing. The plan is to bring back the star trio and add new characters to flesh out a heist-film ensemble reminiscent of the starry Ocean’s Eleven franchise.

Red Notice was sold in one of the biggest pitch package deals of 2018, with Universal and Legendary winning a big auction for a project that at the time had Thurber and Johnson attachments. This was when Uni and Legendary were teamed with that duo on Skyscraper.

Netflix was the runner-up in that bidding and stepped up in a hot second when Universal got cold feet on a budget that reportedly was $200 million or more, including the star salaries. At the time, it was the biggest commitment Netflix made on a feature as it prioritized franchise IP and stars. Red Notice might have been exceeded by Netflix’s commitment to The Gray Man, the 007-esque global thriller that Avengers: Endgame‘s Joe & Anthony Russo directed for Netflix with Ryan Gosling and Chris Evans starring.

After Peter Jackson shot most of three installments of The Lord of the Rings when it was considered a crazy risk that went onto become a billion-dollar Best Picture-winning franchise, consecutive shoots have been done on movies such as James Cameron’s Avatar sequels, the Russo Brothers’ Marvel blockbusters Avengers: Infinity War and Endgame, The Hunger Games and Pirates of the Caribbean.

Beau Flynn will return to produce the Red Notice sequels via his Flynn Pictures Co banner, alongside Johnson, Hiram Garcia and Dany Garcia via Seven Bucks Productions. Thurber is also producing through his Bad Version Productions and Flynn Picture Co’s Scott Sheldon will be exec producer.

Also Read: Dwayne Johnson surprises fan by giving his personal pickup truck, says “Merry Christmas to you and your family!”