Around two years back, Ajay Devgn delivered the biggest hit of his career, Tanhaji – The Unsung Warrior (2020). He was then seen in a digital film, Bhuj – The Pride Of India (2021) and in a massy special appearance in Sooryavanshi  (2021). His fans, who were waiting to see him on the big screen in 2022 are in for a treat as the superstar has as many as five releases this year. If the Covid-19 cases had not increased, then RRR would have been released by now. It features Ajay in another dynamic cameo. The film will release later this year once some sort of normalcy returns. It’ll be followed by Gangubai Kathiawadi, Runway 34, Maidaan and Thank God. 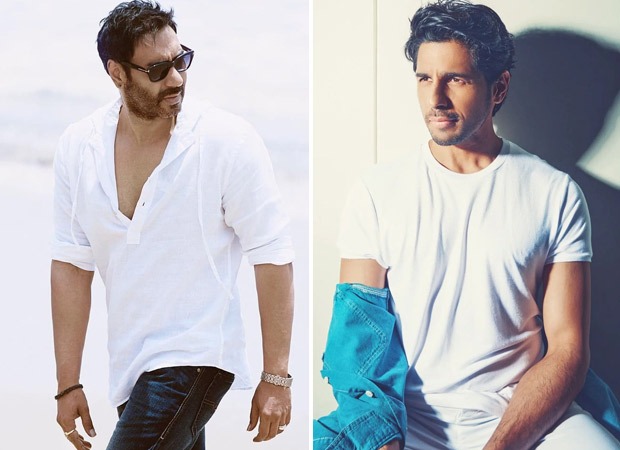 Thank God will be Ajay’s only comedy this year and the shoot of the film got over recently. A source told Bollywood Hungama, “A little bit of patchwork shoot was left with Ajay Devgn. The actor shot for it on Monday, January 3, 2022, in Mumbai and with that, the shoot of the film is now complete.”

Besides Ajay Devgn, Thank God also stars Sidharth Malhotra and Rakul Preet Singh. Bollywood Hungama had reported last year that Ajay plays Yamraj, the god of Death, in Thank God. It is directed by Indra Kumar and incidentally, his last film, Total Dhamaal (2019), also starred Ajay Devgn. The film was in the news recently after the producers announced that they have got on board famous Sri Lankan singer Yohani. Her very popular song ‘Manike Mage Hithe’ has been recreated in Hindi and it’ll feature Sidharth and Nora Fatehi.

The source further added, “The post-production of Thank God is now going on in full swing. The film is scheduled to release on July 29, 2022. However, due to the rising Omicron cases, the release of all January films has been pushed. This will have a domino effect on the releases of February and March as well. It now remains to be seen if Thank God makes it to the cinemas on July 29.”

The source added, “The makers, however, are happy that at least the filming is complete. With cases rising exponentially, the government might also halt shootings. Hence, it’s great that Thank God makers don’t need to worry about postponing their shoot anymore and they can now concentrate on the post-production process.”