Bollywood actress Jacqueline Fernandez is currently embroiled in a Rs. 200 crore money laundering case being investigated by the Enforcement Directorate (ED). Her alleged involvement and relationship with prime accused Sukesh Chandrasekhar is being investigated by the central agency. Until now, the actress has recorded her statement thrice in front of the ED.  A new photo of the actress with the alleged conman has gone viral. 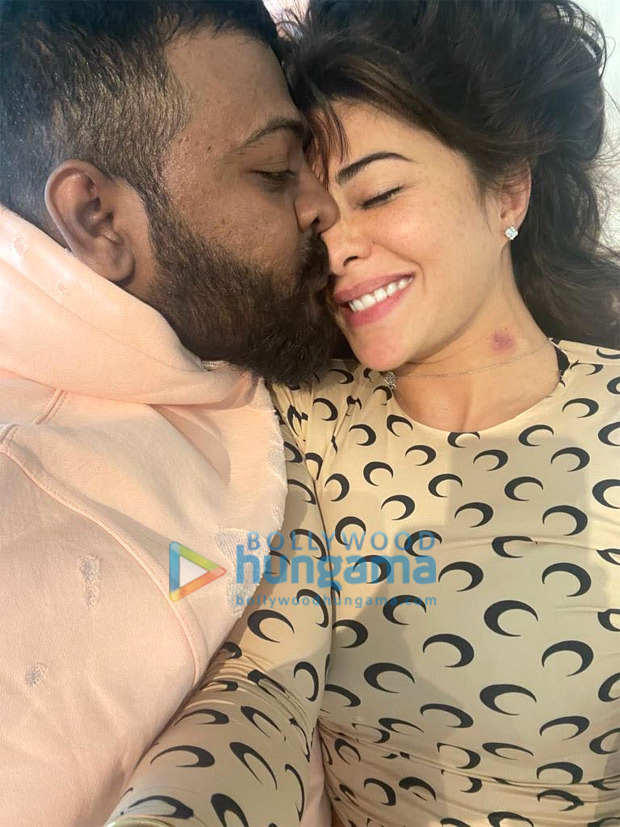 The actress is seen getting a kiss from Chandrasekhar in the picture. In the picture, there’s an evident hickey that has been pointed out. The actress seems to be lying on the bed next to the conman.

Recently, Sukesh’s advocate Anant Malik released a press statement saying that it is wrong to term his client as conman or thug as he has not been convicted yet. In the statement, Sukesh also claimed to be in a relationship with Jacqueline and that his personal relationship has no bearing on the criminal case.

The press release comes after Jacqueline Fernandez requested the central agency to cancel the Lookout Circular (LOC) issued against her in connection with the case. However, the ED denied her request and the actress will not be allowed to travel abroad for the time being. The LOC was issued against Jacqueline on December 5.

In Sukesh Chandrasekhar’s statement recorded under Section 50 of the PMLA (Prevention of Money Laundering Act), Sukesh had said that he gave as many as 15 pairs of earrings, five Birkin bags, and other luxury goods from Chanel, Gucci to the actor. The conman also claimed that he gifted Jacqueline Fernandez Cartier bangles and rings and a bracelet by Tiffany & Co. in addition to Rolex watches. He also gave Jacqueline Fernandez jewellery worth Rs 7 crore and gifted her a horse called ‘Espuelah’.

Meanwhile, Jacqueline in her statement said that Sukesh had introduced himself as “Shekhaar Ratna Vela”. He had allegedly made a spoof call replicating the office number of Union Home Minister Amit Shah to befriend actor Jacqueline Fernandez. The chargesheet, which was filed earlier this month under a special PMLA, further stated that Sukesh had allegedly claimed that he hailed from J Jayalalithaa’s political family, they are from Chennai and owner of Sun TV.

In its charge sheet, the Delhi Police has accused Sukesh Chandrasekhar and 13 others of duping the wife of the former promoter of Ranbaxy to the tune of Rs 200 crore. Officials believe Chandrasekhar extorted Rs. 200 crore from the complainant by claiming that he would facilitate her husband’s release from prison.

ALSO READ: Sukesh Chandrasekhar claims he was in a relationship with Jacqueline Fernandez; says ‘Not a conman’