Last month, Bollywood Hungama published a report that all is not well with Eros International, one of the biggest production houses in the country, known for backing and producing films like Bajrangi Bhaijaan (2015), Bajirao Mastani (2015), Om Shanti Om (2007), etc. The employees have faced delayed payment and in some cases, even non-payment of dues. The situation became so alarming that Shikha Kapur, Chief Operating Officer (COO) of Eros, even resigned. 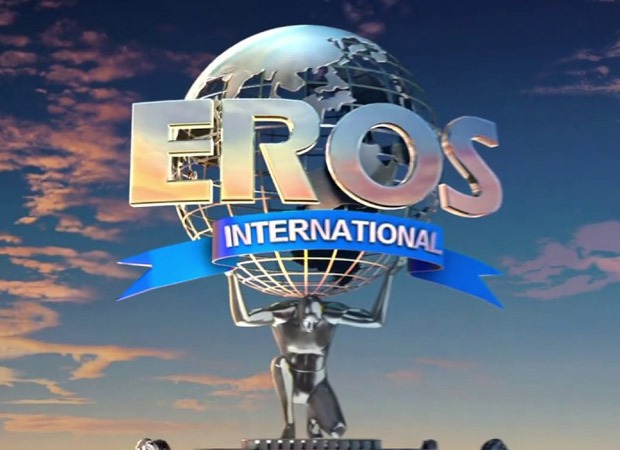 Now, we have learned that STX, the international company that got into a tie-up with Eros in early 2020, has begun an investigation on Eros International. A source told us, “The STX team is investigating transactions regarding shell companies of Eros. They are suspicious that Eros is diverting money to somewhere else.”

The source further adds, “At present, many senior employees in the finance and commercial team are being interrogated by the legal team of STX. It’s going on for days and the investigation lasts for hours. In fact, after the investigation began, many employees, who could be questioned, were sent on leave of absence. The management didn’t want them present at the times of questioning.”

The source continues, “Eros has even destroyed its mail servers and laptops of employees have been seized to delete mails. The servers were quickly changed in 24 hours. The audit is underway. STX has stopped all cash flow till they find out the truth. This is the reason why employees are not paid salaries for not just May and June but also July.”

Email servers changed, WhatsApp groups deleted
Another source close to the company confirmed about these shocking developments, “It was somewhere around in April or May that the employees were told that the management was migrating the email server. Their laptops were taken and when they were returned, all their old emails were gone. They were told that they would be able to access it through an archived folder but it never happened.” The source continues, “The phone numbers and email addresses of certain employees were changed. WhatsApp groups, created for work purposes, were deleted. The employees could sense that something was wrong.”

The investigation made it clear that all is not well. “Many people from finance and commercials were interrogated. Sadly, many of them have nothing to do with this. They don’t even know much but they are bearing the brunt of the daily questioning. It has affected them mentally,” revealed the source.

That’s not all. The insider claims, “There have also been instances of delayed tax payments from their side to the government.”

The curious case of Mzaalo
The insider then reveals, “Some of their plans have been bewildering. For instance, they have launched an app called Mzaalo. The films and shows that are available on Eros Now app are also available on Mzaalo, that too, for free. This exercise of having an SVOD (subscription video-on-demand) platform first and then releasing the content of this platform on an AVOD (advertising video-on-demand) platform like Mzaalo as well made a lot of heads turn. It didn’t make sense.”

The source mentioned above also spoke about Mzaalo, “With regards to the Mzaalo app, the STX was not even aware of its existence. It’s only when STX raised an issue that Eros declared publicly about the association of Eros with Mzaalo.”

In June this year, a press release announced that Eros Now is getting into a ‘partnership’ with Mzaalo. Interestingly, Mzaalo is owned by Xfinite Global Plc, whose CEO is Swaneet Singh. He is the son-in-law of Kishore Lulla, owner of Eros. Kishore’s daughter and Swaneet’s wife, Rishika Lulla Singh is also Eros’s co-president

Non-payment of dues
A common agony of a lot of people, whom we reached out to, was that Eros didn’t pay them or that they had to run behind the company to get their dues cleared. An entrepreneur told us, “We worked with Eros a few years back and did promotions for them as Facebook and Google had blacklisted them. We got our money only a year later, though they didn’t pay us fully. We had to threaten them with legal action. We also sent some of our team members to their office. The employees out there had to bear the brunt though they had nothing to do with the whole fiasco. Later, I found out that no agency wants to work with Eros due to their unprofessional behaviour.” 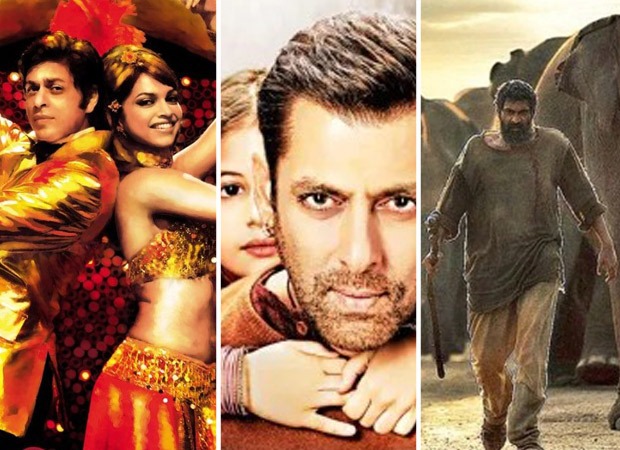 The insider then said, “Lot of influencers who worked with the company were not paid. So it was not just the vendors and employees that were left asking for their dues.”

Manav Sethi who had worked with Eros as Chief Marketing Officer from January 2019 to June 2020 said, “I had to send a legal notice to Eros International for my FNF (full and final) payment after I resigned as per due process. In an article in a tabloid, Mr Pradeep Dwivedi, the CEO, purported that I had agreed to let go of bonus and ESOP which is not true. Let them share that agreement openly where I have agreed to forego my bonus and ESOP and I will withdraw all claims.” He also added, “The year-end bonus and the stock options that were committed to me in my offer letter have not been paid yet.”

Even last month, when Bollywood Hungama had reached out to Eros regarding reports of non-payment of salaries, the company’s spokesperson had said, “The pandemic and the resultant business scenario have forced us to reinvent and restructure our business model across verticals. As a consequence, certain employees have been let go of under a corporate restructuring and cost optimization exercise. While efforts were made to cross leverage as much expertise as possible across the organization and ensure that the restructuring process impacts minimal employee count, unfortunately, a few roles had to be dissolved. Such an exercise has been a difficult one for both the company and its employees. This is to ensure the sustainability of the business in the post-pandemic world.”

We reached out to the spokesperson of Eros this time as well to comment on the issues published in this article and the response cited was as follows, “STX is not conducting an audit. No employees have been sent on leave, the only fact that is true is that Eros International had an organization trim on the studio side due to COVID and change in strategy. This information was also disclosed transparently in the public domain. No email server have been changed or emails have been deleted. The Eros – Mzaalo business relationship was also disclosed pre-merger and the public announcement to this effect was also made on 2nd June 2021. Hence STX was never not informed about the association and its details.”

Meghan Trainor Recalls Her First Panic Attack: “I Felt Like I Was Going To Pass Out On Live Television”

Meghan Trainor Recalls Her First Panic Attack: “I Felt Like I Was Going To Pass Out On Live Television” – Deets Inside (Photo Credit: Instagram) ‘All About That Bass’ hitmaker Meghan Trainor has opened up about her mental health struggles, saying that she suffered her first panic attack live on television. The singer was on […]

Raame Aandalum Raavane Aandalum Movie Review: Satire That Comments On The ‘Circus’ Of Politics & Class Divide With A Simple Tale

Bigg Boss OTT: Karan Nath Reportedly One Of The Highest Paid Contestants Of The Show?

Karan Nath Reportedly One Of The Highest Paid Contestants Of Bigg Boss OTT? (Pic Credit: Voot) The most controversial show of the country Bigg Boss OTT has come to an end with Divya Agarwal taking the trophy home. Nevertheless, some shocking revelations have been made about who is one of the highest-paid stars of the […]

Nicole Richie’s Hair Catches Fire During Her Birthday Celebrations?(Pic Credit: Instagram/nicolerichie) Television personality Nicole Richie’s hair caught on fire as she was blowing out the candles on a birthday cake. She was celebrating her 40th birthday and it took a dramatic turn when she was blowing out the candles and the flames caught the tip […]

Shalini Pandey On ‘Jayeshbhai Jordaar’: “I’ve Been Crazily Looking Forward To The Release For More Than A Year Now”

Shalini Pandey Has Been ‘Crazily’ Looking Forward To ‘Jayeshbhai Jordaar’ Release (Pic Credit: Instagram/shalzp, IMDb) ‘Arjun Reddy’ actress Shalini Pandey, who is all set to make her Bollywood debut in the Ranveer Singh starrer ‘Jayeshbhai Jordaar’, says she has been crazily looking forward for the film’s release for more than a year now. Shalini, who […]

Ranveer Singh Appeals For Sensitivity On International Day Of Sign Languages(Pic Credit: Instagram/ranveersingh) Bollywood’s livewire star Ranveer Singh, who has been constantly working towards raising the issues faced by the deaf community, has appealed to the youth to create an inclusive space for the deaf community on International Day of Sign Languages 2021. “If there […]

Bigg Boss OTT: Karan Nath Reportedly One Of The Highest Paid Contestants Of The Show?

Karan Nath Reportedly One Of The Highest Paid Contestants Of Bigg Boss OTT? (Pic Credit: Voot) The most controversial show of the country Bigg Boss OTT has come to an end with Divya Agarwal taking the trophy home. Nevertheless, some shocking revelations have been made about who is one of the highest-paid stars of the […]

Himachal Pradesh unlock: Schools for Classes 9-12 to reopen from September 27

In Himachal Pradesh, students of classes 10 and 12 will attend schools on Monday, Tuesday and Wednesday, while students of standard 9 and 11 will have physical classes on Thursday, Friday and Saturday.

A picture of Mumbai’s Taj Mahal Palace employee standing in the rain with an umbrella and accomodating a stray dog beside him has won the internet. Here’s how Ratan Tata reacted

The initiative was implemented on an experimental basis in the three regions last month.

SOS Kolkata Release Date: After delivering back-to-back successful releases in various regional languages all year round, ZEE5 is all set to add another feature to its cap with the release of Bengali film SOS Kolkata.  After its successful theatrical release, fans can now rejoice as Bengal’s most popular action-packed film SOS Kolkata is all set […]

Delhi’s notorious gangster Jitender Mann ‘Gogi’ was being produced in court when assiliants – some reports say they are members of a rival gang – entered the court, in the garb of lawyers, and opened fire.

The Union Public Service Commission (UPSC) on Friday (September 24, 2021) started the registration process for UPSC NDA/NA Exam 2021 for women candidates. The UPSC women aspirants need to note that they can apply online through the official site of UPSC on upsconline.nic.in.