With an ongoing splash of engrossing and diverse content, Zee5 surely hits the bull’s eye with their latest web series This web series, which streams two episodes per week, will revive memories of the old-time hit-and-hot-favourite show Remix.

The series (10 episodes) marks the digital debut of producer-director Goldie Behl, who surely has left so stone unturned to create an entertaining package.

The production values are supreme, almost on par with Bollywood’s Student of the Year. The trailer outshines most other web series sneak-peaks which have hit the streaming apps recently. This show has more punch-and-beat (pun intended) when compared to the other youth based shows which have been streaming on other apps.

Digital sensation Sumeet Vyas holds the fort strong with his magnanimous presence amidst seven fresh talented youngsters. His involvement with the project speaks volumes on the show packaging.

The series being a musical has some foot-stomping numbers by music director Sneha Kanwalkar. Each track has that pulsating beat which resonates with the youth of today.

Goldie Behl has proved that Nepotism is not in surely when it comes to the digital space. Seven, young and talented actors (namely Ahmed Masi Wali, Anisha Victor, Ayush Khurana, Prabhneet Singh, Ridhi Khakhar, Saadhika Syal and Pooja Shetty) who slip into the characters seamlessly are being launched.

Although the series has music and the Gen-next as the backdrop, it also dwells on topical issues like body shaming, lesbianism and more. The scenes have been aesthetically shot and not just to lure the audiences. 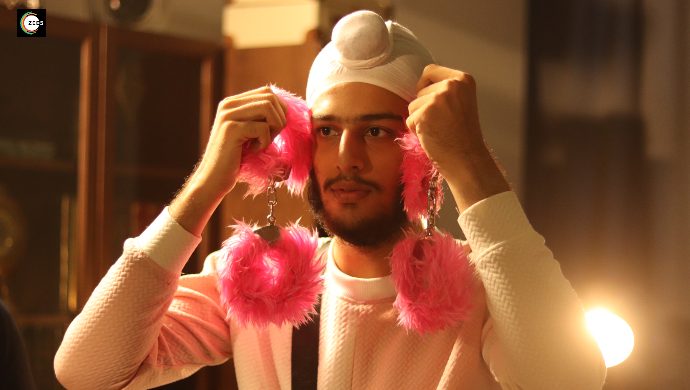 REJCTX will surely be a trendsetter of sorts with its bold and unapologetic approach. It will sets standards high and garner the millennials to identify with the concept.

Zee5 will be streaming two episodes per week which is another strategy to get the audiences hooked and waiting for more to follow.

The shocking suspense and high-tempo built-up in the story-telling surely leaves the audiences hooked and asking for me.

#AryemanSaysSo – REJCTX will surely have ongoing seasons and millennials will welcome Zee5’s foray into streaming youth based shows.